The content below is taken from the original ( Introducing Flan Scan: Cloudflare’s Lightweight Network Vulnerability Scanner), to continue reading please visit the site. Remember to respect the Author & Copyright. 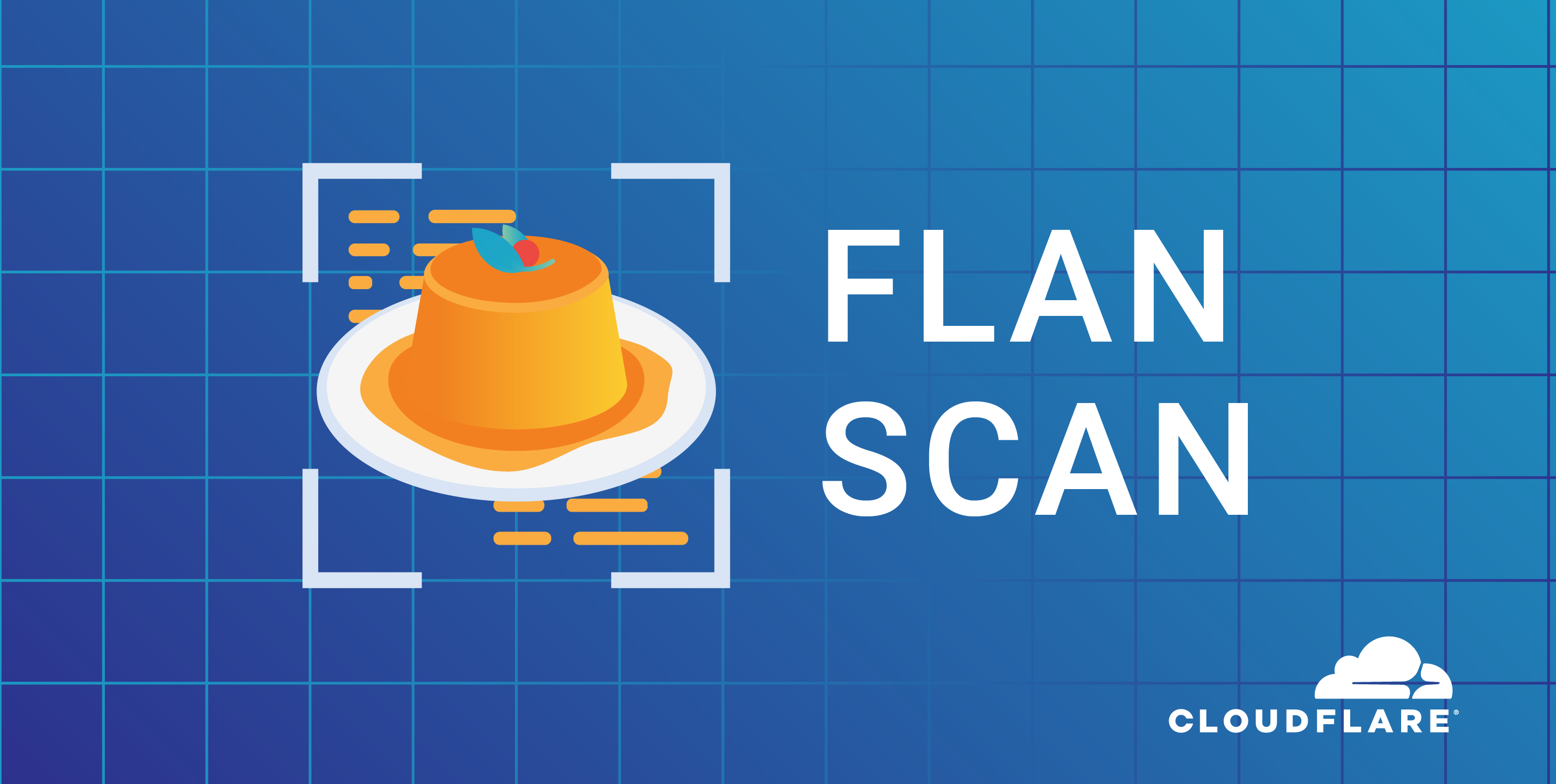 We created Flan Scan after two unsuccessful attempts at using “industry standard” scanners for our compliance scans. A little over a year ago, we were paying a big vendor for their scanner until we realized it was one of our highest security costs and many of its features were not relevant to our setup. It became clear we were not getting our money’s worth. Soon after, we switched to an open source scanner and took on the task of managing its complicated setup. That made it difficult to deploy to our entire fleet of more than 190 data centers.

We had a deadline at the end of Q3 to complete an internal scan for our compliance requirements but no tool that met our needs. Given our history with existing scanners, we decided to set off on our own and build a scanner that worked for our setup. To design Flan Scan, we worked closely with our auditors to understand the requirements of such a tool. We needed a scanner that could accurately detect the services on our network and then lookup those services in a database of CVEs to find vulnerabilities relevant to our services. Additionally, unlike other scanners we had tried, our tool had to be easy to deploy across our entire network.

We chose Nmap as our base scanner because, unlike other network scanners which sacrifice accuracy for speed, it prioritizes detecting services thereby reducing false positives. We also liked Nmap because of the Nmap Scripting Engine (NSE), which allows scripts to be run against the scan results. We found that the “vulners” script, available on NSE, mapped the detected services to relevant CVEs from a database, which is exactly what we needed.

The next step was to make the scanner easy to deploy while ensuring it outputted actionable and valuable results. We added three features to Flan Scan which helped package up Nmap into a user-friendly scanner that can be deployed across a large network.

By the end of Q3, not only had we completed our compliance scans, we also used Flan Scan to tangibly improve the security of our network. At Cloudflare, we pin the software version of some services in production because it allows us to prioritize upgrades by weighing the operational cost of upgrading against the improvements of the latest version. Flan Scan’s results revealed that our FreeIPA nodes, used to manage Linux users and hosts, were running an outdated version of Apache with several medium severity vulnerabilities. As a result, we prioritized their update. Flan Scan also found a vulnerable instance of PostgreSQL leftover from a performance dashboard that no longer exists.

How does Flan Scan work?

Other types of scanning such as UDP scanning and IPv6 addresses are also possible with Nmap. Flan Scan allows users to run these and any other extended features of Nmap by passing in Nmap flags at runtime.

Flan Scan adds the “vulners” script tag in its default Nmap command to include in the output a list of vulnerabilities applicable to the services detected. The vulners script works by making API calls to a service run by vulners.com which returns any known vulnerabilities for the given service.

The next step of Flan Scan uses a Python script to convert the structured XML of Nmap’s output to an actionable report. The reports of the previous scanner we used listed each of the IP addresses scanned and present the vulnerabilities applicable to that location. Since we had multiple IP addresses running the same service, the report would repeat the same list of vulnerabilities under each of these IP addresses. This meant scrolling back and forth on documents hundreds of pages long to obtain a list of all IP addresses with the same vulnerabilities.  The results were impossible to digest.

Flan Scans results are structured around services. The report enumerates all vulnerable services with a list beneath each one of relevant vulnerabilities and all IP addresses running this service. This structure makes the report shorter and actionable since the services that need to be remediated can be clearly identified. Flan Scan reports are made using LaTeX because who doesn’t like nicely formatted reports that can be generated with a script? The raw LaTeX file that Flan Scan outputs can be converted to a beautiful PDF by using tools like pdf2latex or TeXShop.

Cloudflare’s mission is to help build a better Internet for everyone, not just Internet giants who can afford to buy expensive tools. We’re open sourcing Flan Scan because we believe it shouldn’t cost tons of money to have strong network security.

You can get started running a vulnerability scan on your network in a few minutes by following the instructions on the README. We welcome contributions and suggestions from the community.

Posted on November 21 in category News